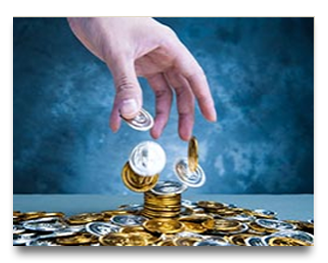 The SEC and U.S. Attorney’s office are investigating an alleged $283 million loan fraud sold, at least in part, through a network of unregistered brokers and financial advisers
The Securities and Exchange Commission and the U.S. Attorney’s office are investigating an alleged $283 million loan fraud that was sold, at least in part, through a network of unregistered brokers and financial advisers.
On July 27, two lenders to small businesses, 1 Global Capital and 1 West Capital, filed for Chapter 11 bankruptcy in U.S. Bankruptcy Court for the Southern District of Florida.
The two lenders, under the same ownership and with about 100 employees in Hallandale Beach, Fla., provided small business loans known as “direct merchant cash advances,” or unsecured, short-term commercial financing, according to a court filing.
The 1 Global Capital loan business is a separate, unrelated company from 1st Global Capital Corp., an independent broker-dealer based in Dallas.
Before the bankruptcy filing, the SEC “opened an investigation into the company’s activities related to alleged possible securities laws violations, including the alleged offer and sale of unregistered securities, the alleged sale of securities by unregistered brokers, and by the alleged commission of fraud in connection with the offer, purchase and sale of securities,” according to a July 30 filing detailing changes in management at 1 Global in the aftermath of its bankruptcy. The U.S. Attorney’s office for the Southern District of Florida opened an investigation that parallels the SEC’s, according to the filing.
The investigations into and bankruptcy of 1 Global Capital and 1 West Capital are eerily similar to the events surrounding the bankruptcy last December of the Woodbridge Group of Companies, said Scott Silver, a plaintiff’s attorney based in South Florida. In December, the SEC charged Woodbridge, a real estate scheme based on short-term, one-year loans and mortgages, with running a $1.2 billion Ponzi scheme.
Mr. Silver said that he had spoken with about half a dozen retail investors who are creditors in the 1 Global and 1 West loans, and that at least one creditor was a client of Barry Kornfeld, a former broker who was barred by the SEC from the securities industry for selling high-risk collateralized mortgage obligations from 2004 to 2007 in the run-up to the credit crisis. Mr. Kornfeld sold millions of dollars’ worth of commercial mortgage loans issued by the Woodbridge Group.
1 Global Capital is also known as 1st Global Capital Financial Services, according to its website. The terms of loans averaged just nine months and they had a yield of 10%, according to one investor who asked not to be named.
“The company seems to be following the Woodbridge model,” Mr. Silver said. “It was using unregistered brokers around the country to sell to retail investors.”
“It raised enough capital to make the loans out to the street, the loans get repaid, money goes to investors and the company gets the profits,” he said. “It raised almost $285 million. How good are the loans on the books and how much could be missing?
“What’s clear is that investors are not going to get their distributions,” Mr. Silver continued. “There are mom-and-pop retirees now left without any income and wondering how much of their principal they are going to lose.”
John R. Dodd, an attorney for 1 Global Capital, did not return calls to comment. Mr. Kornfeld could not be reached to comment.
1 Global Capital, which has been in business for about five years, used “independent sales organizations, underwriters and other funding agents,” as it offered its short-term financing, according to court documents. As a result of the SEC and U.S. Attorney investigations, the company was not in a position to raise new capital and filed for Chapter 11 bankruptcy. The company is restructuring and has changed its senior management.
One registered investment adviser, Wieniewitz Financial of Knoxville, Tenn., is listed as a creditor in the bankruptcy filings. An attorney for the firm, Geoffrey Aaronson, did not respond to calls to comment. Trae Wieniewitz, the firm’s president, also did not return calls to comment.
By Bruce Kelly