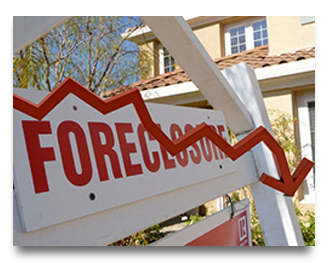 South Florida Courts Slash Through Foreclosure Backlog.
By Samantha Joseph, Daily Business Review
When it comes to foreclosure lawsuits, good news for the judiciary could spell havoc for property owners. In the wake of the 2008 housing crash that left South Florida one of the hardest hit regions in the country, courts soon realized how unprepared they were for the crushing caseload that soon choked their dockets.
At the height of the crisis, tens of thousands of new foreclosures flooded the courts each month. In 2009, lenders filed more than 64,000 foreclosure suits in Miami-Dade County alone, and by the end 2010 nearly 82,000 cases were pending in circuit court.
In Broward County, judges juggled about 29,000 new lawsuits in 2010, and the backlog ballooned to more 43,000 pending cases by July 2012. “There’s been a substantial improvement since the dark days of 2009,” said Miami-Dade Circuit Judge Jennifer Bailey, the civil administrative judge who spearheaded the herculean task of clearing the bottleneck in her circuit. In the last five years, the court slashed pending foreclosures nearly 80 percent to around 15,000 cases at the end of 2014. From 2009 to 2013, it closed more than 190,000 cases, or an average of about 38,000 annually. Miami-Dade Circuit Court seemed to hit its stride in 2011 when the closure rate outpaced new filings, disposing of more than 42,000 cases as nearly 19,000 new suits hit the docket.
“Getting a case heard is about access,” Bailey said. “By and large, most cases have not had to wait for judicial access since 2010.” The new system, buoyed by state funding for case managers to perform administrative tasks that once fell to judges, means Miami-Dade foreclosures quickly get to the summary judgment stage. In contrast, some old cases lapped the five-year statute of limitations.
Some critics say that’s not necessarily good news. Across the region, foreclosure defense attorneys raise challenges to new policies aimed at simply cutting the backlog.